A brief history of Toyo Tires

Toyo Tires has stood for innovation, quality, performance, and excellent service for over 75 years. Combined, the Toyo group of companies has development, manufacturing, testing, distribution, and marketing operations throughout the Americas, Europe, Asia, the Middle East, and Oceania.

In fact, our consumer tires have been voted #1 Overall Brand by North American tire dealers an unprecedented seven times since 2000. Since 2002, our medium truck tires have received the honor five times.

In 1982, Toyo Tires established a Canadian subsidiary. From a small office just outside of Vancouver, Toyo Tire Canada Inc. began warehousing and distributing passenger, light truck and commercial truck tires. Through a network of independent tire dealers, the Toyo Tires brand began to grow in Canada.

The first tires manufactured in North America to bear the Toyo Tires brand occurred in the late 1980s when the company began producing commercial tires in Mt. Vernon, Illinois.

Today, the company's Canadian headquarters are in Richmond, British Columbia, and distribution is supported by nearly 90,000 square feet of warehousing in BC, with additional warehouses in Ontario and Quebec.

In the 1980s, Toyo Tires began competing in road racing. By the end of the decade, drivers using Toyo products had captured numerous championship titles, and the motorsports legacy of Toyo Tires was born.

With championships in nearly every form, from road racing to off-road racing to drifting, Toyo Tires has become a household name amongst amateur and professional racers. More than that, however, these motorsports activities have provided invaluable knowledge, exposure, and enthusiasm, which consistently pushes Toyo Tires to develop the best products imaginable and results in new technology and innovations.

To meet the demands of consumers—and set a few trends in the process—Toyo Tires has also become a leader in fitments and dynamic tire applications. From the late 1990s and into the 21st century, the company has been responsible for several significant product developments in these areas.

In another area, with trends moving toward customizing light trucks and SUVs with larger wheel and tire packages in the late 1990s, Toyo Tires introduced the Proxes S/T, the first properly load-rated sport truck tire. This specialty product resulted in tremendous sales and established the company as a leader in the sport truck tire market. Still offered today, the Proxes S/T is complemented by a new generation, the Proxes ST II.

Off-road enthusiasts embraced the Open Country M/T when it was introduced in 2003. With it they found a tire that had exceptional off-road handling, durability, and tread life as well as an aggressive look and a smoother, quieter ride on the highway. The Open Country M/T has proven to be more than just a great tire for customized trucks; it is a champion in the world of off-road racing, both short course and desert.

A Commitment to North America
We believe the demand for product diversity will continue to grow, and to meet that demand, Toyo Tires has created a strong production and distribution chain.

From the beginning, Toyo Tires has been committed to the North American market. In 2004, the company's actions reinforced that commitment. At a time when other manufacturers were looking for options outside of North America, Toyo Tires opened a one million square foot state-of-the-art manufacturing and warehousing facility in White, Georgia, just 50 miles northeast of Atlanta. Capable of producing approximately two million tires annually, this facility is home to the company's latest technology: A.T.O.M., a highly automated and proprietary tire production system.

In 2008, the company broke ground on an expansion project nearly doubling the size of the existing plant. As demand in North America grows, this structural addition will allow the company to add manufacturing equipment and increase production quickly and efficiently.

Our tire portfolio covers a broad range of applications—from the high-performance, racing-inspired Proxes line to the Open Country line for light trucks and SUVs to the luxury-touring Versado LX to our broad range of commercial truck tires. No matter which car, light truck, SUV, or commercial vehicle you drive, Toyo Tires has the right tires for you.

As it was in the beginning, the commitment of Toyo Tires to innovation, quality, performance, and excellent customer service is unwavering and ongoing. 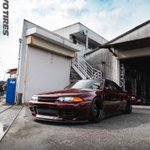 Tire of the Week